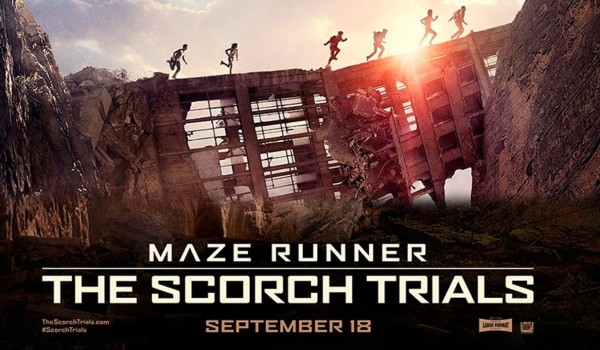 With the rise in dystopian literature‘s popularity as well as the movies spawned from it, it certainly wasn’t going to be long before The Maze Runner made it to the big screen. With a cast of relative newcomers, the film still managed to do well at the box office and a sequel based on the second book was almost immediately greenlit to join the other two popular dystopian trilogy series, The Hunger Games and Divergent, in annual releases. In this case, the story of kids having navigated through a diabolical research project in the first film and now having to once again go on the run is a worthy successor to its predecessor.

Maze Runner: The Scorch Trials picks up where the previous movie had left. The Gladers that survived the first movie were safe at a dormitory run by WICKED, the corporation that put them in the maze to begin with. Things seem to be going well until they are attacked by Cranks, a form of zombie created by the virus that destroyed most of the world. The film is mostly about Thomas and the Gladers discovering more about WICKED’s plans and having to flee to the Crank-infested Scorch, the areas of the world destroyed by environmental disaster. 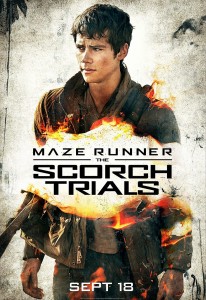 There are a number of differences between the books and film. For one thing, the book had “Scorch Trials,” which were more tests run by WICKED in which the Gladers had to overcome certain challenges to get the cure to the disease that would turn them into Cranks. The film removes the intentional infection of the Gladers, killing a lot of the motivation that they have to move forward and making the film seem without any direction.

That being said, the increased presence of Teresa is a welcome change from the books. Rather than being a glorified plot trigger, she actually develops into a meaningful character in this movie, exhibiting a lot of agency and even demonstrating an arc. Part of this is the reduction in the number of Gladers, but that actually serves to allow more screen time for the ones that remain. 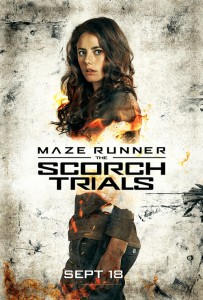 Further, the increased focus on the Cranks means that many of the secondary monsters from the book had to be removed. While they would have been nice to see on screen, this is one of those cases where the translation to a visual medium would have been difficult to do and impossible to fit into the more compressed narrative structure.

The movie is actually pretty good, though it suffers from the lack of narrative direction. While the characters are allowed to develop further, they are held back by having to constantly find reasons to keep moving, and the film gets a bit sluggish in the middle as a result.

Director Wes Ball has confirmed that he will be returning for the third installment of the series. Despite the pacing problems with this one, it’s still a piece of good news considering his ability to get the most out of these actors and the almost guaranteed continuity of tone with what we’ve seen so far. Another thing that Ball manages to do in both The Maze Runner (which can still be streamed through Google Play and DirecTV) but especially in The Scorch Trials, is use scenery as metaphor. The look of the Scorch is breathtakingly desolate and an excellent approach to addressing issues like climate change without taking them on directly.

Overall, this film can be considered a success. With the exception of the big change in that the Gladers are not infected, the alterations made from the book are generally smart choices that benefit a compressed, visual medium. If you enjoyed the first one, you’ll probably like this one, and likely the third one as well.