All kinds of dystopian fiction have been around for decades and are continuing their popularity in the modern age through young adult stories. Our current lineup consists of very similar and familiar themes and yet readers can’t seem to get enough and constantly flock to the theaters and bookstores in droves for the latest installment of their favorite dystopian story. Perhaps the most popular of this genre consists of three different trilogies: The Maze Runner, Divergent, and The Hunger Games. Although all three touch upon societal issues that reflect the real world today, the refusal of addressing other certain problems are apparent in these works of fiction.

Many young adults find much to relate to within this genre: the separation of society into different communities, the lack of trust among authority figures, and the complicated relationships with their peers and potential love interests. It also helps that most of these stories are told in first person through the perspective of a teenager who fights for change in a world where there is only sameness.

However, while there is much to love and enjoy about the world of young adult dystopian fiction, there are a multitude of issues that are missing in the commentary inherent in this genre. While the futuristic societies described in this type of story comment on oppression and even mind-control, problems such as racism and sexism seem to have all but disappeared. While this seems that it should provide a more hopeful view of a future where some of today’s most pressing societal problems have been alleviated, it’s not the nature of a dystopia. Instead, it seems to send a message that devalues such issues. 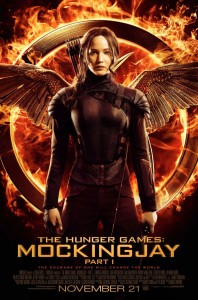 The lead characters in these stories are invariably Caucasian, particularly when translated to the big screen. And when the story is told through this lead character’s eyes, it’s more difficult for readers or viewers of other races who seek to see themselves in these characters. Multiple examples of this reside in The Hunger Games in which the original novel described our protagonist Katniss as olive-skinned. Of course, this aspect didn’t make it to the Hollywood adaptation, and we were given the obviously white Jennifer Lawrence. The whitewashing of characters seems to make sense to Hollywood as it seems that “conventional” beauty lies in one specific race. And when characters of other races do make appearances, there is often backlash or negativity as in the debate among Hunger Games characters Rue and Thresh. However, the fact of the matter lies in the inherent diversity of audiences. All kinds of people from different ethnicities find pleasure in these stories but when that there is no one that looks like them, they ultimately feel left out and pushed aside. 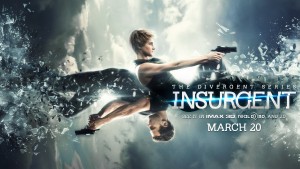 In addition, the protagonists, while a mix of both male and female, are seen as equals in both abilities and participation. It seems that we are supposed to believe that sexism and gender inequality have just selectively disappeared and other issues have taken precedence. Tris in Divergent, which you can watch now on cable TV, is pitted against both male and female enemies and no mention is made of differences or weaknesses of one or the other. Strong female protagonists are generally always a good aspect to have in film and novels as male protagonists seem to dominate our culture. However, while this may seem empowering to some, when coupled with the race issue mentioned above, it tends to fall a bit flat as the issue of sexism is never obviously addressed.
Dystopian literature is meant to reach the widest audience possible with its message of a possible future that could occur if our present day problems are not resolved. By leaving out key issues of today, the message is incomplete. While all these works of fiction do address many societal problems, everyday problems that surround racism and sexism are most obviously ignored. Though it may seem controversial to narrate these kinds of stories, it is necessary to incorporate them into pop culture to spread knowledge of issues that many of us experience on a daily basis.