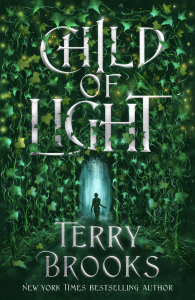 An all-new fantasy series about a human girl struggling to find her place in a magical world she’s never known.

At nineteen, Auris Afton Grieg has led an . . . unusual life. Since the age of fifteen, she has been trapped in a sinister prison. Why? She does not know. She has no memories of her past beyond the vaguest of impressions. All she knows is that she is about to age out of the children’s prison, and rumors say that the adult version is far, far worse. So she and some friends stage a desperate escape into the surrounding wastelands. And it is here that Auris’s journey of discovery begins, for she is rescued by a handsome yet alien stranger. Harrow claims to be Fae—a member of a magical race that Auris had thought to be no more than legend. Odder still, he seems to think that she is one as well, although the two look nothing alike. But strangest of all, when he brings her to his wondrous homeland, she begins to suspect that he is right. Yet how could a woman who looks entirely human be a magical being herself?

Told with a fresh, energetic voice, this fantasy puzzle box is perfect for fans of Terry Brooks and new readers alike, as one young woman slowly unlocks truths about herself and her world—and, in doing so, begins to heal both.

As someone who has been a fan of Terry  Brooks for a long time now, I was both excited and somewhat hesitant to read this newest book and series of his. I was excited because Brooks was one of my go-to authors growing up and is one of the reasons I love the genre the way I do, but I was also hesitant because, and I honestly hate to say this, but I really haven’t enjoyed the last three or four books he’s released. It’s now been a few weeks since I finished Child of Light and I’m really not sure how I feel about this book yet and I’m not sure if that unsureness will go away with this book.

Now,  I really don’t mean that as a negative criticism of the book itself because I’m pretty sure my feelings on this were caused by the unrealistic expectations I had going into the story. Child of Light was as beautifully and masterfully written as every other Terry Brooks book is and was full of interesting new characters and locations to get to know. I thought the overall story and all of its characters and locations were great and I don’t think there was anything specific I can point at and say I didn’t enjoy.

My main issue is that despite the fact that I knew going in that this was a completely new series set in its own world, I was still somehow expecting something kind of Shannaraish and that is entirely on me for expecting that. Instead, we get something that manages to distance itself quite well from all of his other books. The problem for me is that Terry Brooks is one of what I call my “comfort authors”. Someone who’s books  I read because of how familiar they all feel to me and I generally know what to expect from the story when  I go in and this book

That all being said  I’m still really looking forward to the next book in the series and I’m sure that I’ll enjoy it and the rest of the series much more now that I’ve appropriately adjusted my expectations. Despite my mixed feelings about this book I won’t hesitate to recommend it to people looking for something new to read!