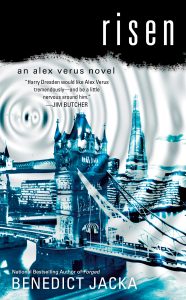 Mage Alex Verus has gone from a Camden shopkeeper to one of the most powerful mages in Britain. Now his last and most dangerous battle lies before him.

Alex’s girlfriend, the life mage Anne, has fallen fully under the control of the deadly djinn she made a bargain with, and it is preparing to create an army of mages subject to its every whim. Alex, the Council, and the Dark mage Richard Drakh agree to call a truce in their war, and plans are made for a joint attack. Alex knows that it’s only a matter of time before Drakh and the Council turn on each other . . . and neither cares about keeping Anne alive. Can Alex figure out a way to stop Anne and to free her from possession before time runs out for the people he loves?

It’s honestly a little hard to believe that it’s been nearly 10 years since I first stumbled across the Alex Verus series back when I was in the middle of my urban fantasy obsession. While I’ve now mostly burned myself out on the genre, there was no way I wasn’t going to read that last book in this amazing series. And boy was a fucking ending it was! I can’t even guess how many times I’ve gotten to the end of a series over the years only to be disappointed when it didn’t meet the expectations I had built up over the years. I honestly thought Risen would be the same but I think somehow, as high as my expectations were, they still weren’t high enough because I thought this was such a good end to the series.

This is probably going to be a shortish review because I wouldn’t want to risk spoiling the final book in a series for anyone but man was this ending everything I hoped it would be and more. When I first sat down with this book a few weeks ago I was totally expecting to get the political intrigues and magic that we’ve gotten from the rest of the books in the series. I was not quite prepared for the explosive and nearly nonstop action that got with Risen, but boy di I love it. I definitely made a mistake when I decided I would read for an hour or so before bed because I was unable to stop reading until I had finished every single chapter.

I’ve now finished reading Risen three separate times now and while I’m sad to have reached the end of such a fantastic series, I’m excited to see what Benedict Jacka has in store for us next! If it’s anything as good as the Alex Verus series is, then I know I’ll have another decade of amazing books to look forward to and I don’t know that I have the words to properly convey just how excited that thought makes me. All in all, I wouldn’t hesitate to recommend this book to anyone looking for something amazing to read, though I would highly recommend that it’s started from the very beginning because part of what makes this ending so good is that we got 11 books of buildup first.

A Brief Interview With Benedict Jacka 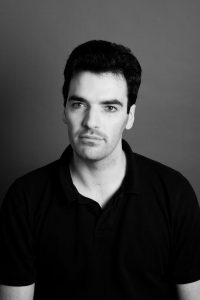 The first question I have is pretty much the first thought I had when I finished Risen earlier this week — What’s next after Alex Verus? I know Risen is the final book in Alex Verus’s story, but can we expect to see more set in this world or should we expect something new and unrelated?

New and unrelated! I started working on ideas for a new series over a year ago (while Risen was still underway) and I’ve spent most of 2021 writing the first book of a new series—it’s urban fantasy, but a totally different setting to Alex Verus. It’s about 80% done at the moment and I’ve been in talks with various publishers—based on their and my beta readers’ feedback I’m currently doing edits and rewrites. I’m hoping to have a (fairly close to complete) first draft done by the end of January. That said, I’m still planning to do one or two more short stories set in the Alex Verus world to wrap up the story a bit.

You’ve been writing these books for quite some time now, how did it feel when you finally submitted Risen to your editor? I can’t help but feel that would come with some strong feelings!

I feel like urban fantasy gets ignored a lot when companies are looking for books to adapt for television, despite it being probably one of the easier genre’s to adapt, so do you think we will ever see an adaptation of the Alex Verus books or is that even something you’re interested in seeing? The Wheel of Time adaptation has me pumped to see what companies like Amazon or HBO could do with a series like Alex Verus.

I’d be very happy to see an Alex Verus adaptation, but TV/film adaptations are an absolute nightmare to sort out for writers. I’ve had various people and companies approach me over the years, but they very rarely come to anything—even when massively successful series like the Wheel of Time get adaptations, it’s usually after spending years if not decades in development hell. Still, I’m going to keep trying to get a TV series made—I’m just not expecting it to happen any time soon!

What kind of research did you have to do for this book or for the series in general?

Location research, mostly. The early Alex Verus books tended to be set around areas of London I knew very well. For later books I’d have to travel out to areas I didn’t know in quite as much detail and look around them with a view to how I’d adapt them for scenes.

And finally, Is there anything you’re currently reading that you would recommend to people? I’ve been looking for my next obsession and would be happy for any recommendations you may have!

I’ve had a hard time finding new books to read lately—I’ve been trying a long string of famous (or at least reasonably famous) fantasy authors that I haven’t read before, and I haven’t really enjoyed any of them. I’ve ended up falling on re-reads like the Wheel of Time or Agatha Christie.

Benedict Jacka is half-Australian, half-Armenian, and grew up in London. He’s worked as a teacher, bouncer, and civil servant, and spends his spare time skating and playing tabletop games. He’s the author of the Alex Verus series, including Forged, Fallen, Marked, Bound, and Burned. Learn more online at benedictjacka.co.uk.