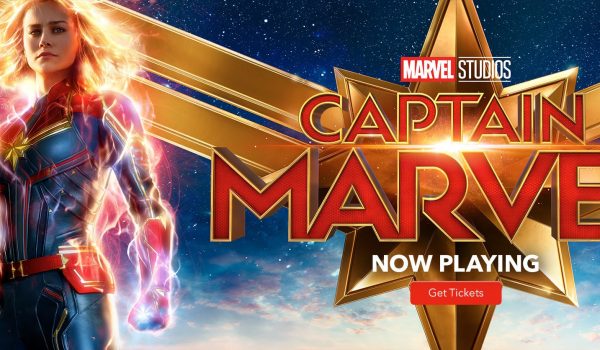 quick review: this isn’t as funny, as beautiful, as epic a Marvel movie as the last few have been. This is a prequel, so many things that are “answered”, but there are also a lot of spoilers that must be guarded against in this review. There are some sweet tributes. And there is a connection to the present story line. Most importantly, every woman and girl should see this movie.

There has been a lot of venom spewed at this movie. It has quickly divided it into pro-feminist and anti-female rhetoric. I went to watch a superhero movie that has a character long-established in the Marvel comics. That was what I found. This is not a pro- or anti-anything message. This is about a movie in a long running franchise.

That is why I gave it the comparison in the quick review. This isn’t the quip-a-minute movie that we have been treated to with the Marvel movies. You won’t find a continuation of the Thor:Ragnarok or Guardians style dialogues. It does have some funny bits, but it doesn’t build upon those to set up character relationships. It is also not the bright, vibrant, colorful movies we have had recently. The tones are more muted. The shots are framed a little darker.

This is also not the epic story style we have received. We know it is part of the wider Marvel Cinematic Universe. It has adequate tie-ins to what has been established. It feels more akin to tone of the Spider-Man movies. The reason it isn’t as epic is that this is a prequel. It sets up the events leading into Avengers and Agents of S.H.I.E.L.D. on television. If it had been known that Iron Man would launch the Marvel Universe to the screen, it could have written in more of this material. Now we get the introduction to many, now familiar, elements of the movies we know so well.

If you aren’t a fan of Marvel’s Agents of S.H.I.E.L.D., that is fair. It got a rocky start. It has been a little meandering at times. It has also introduced fans to some of the background that Captain Marvel didn’t have to prove. The Kree are a space traveling species. They are stronger and more durable than humans. And they have traveled to Earth for a long time. We don’t get any of that background in the movie. What we do get to see is a very diverse race of people make up the Kree. And they are an empire at war with a race of shapechangers called the Skrull.

Skrulls have been part of the Marvel comic universe since the early days. They were one of the first enemies that the Fantastic Four met. They have been a constant in the Marvel comics, so it was exciting to hear that the Skrull would be a major part of Captain Marvel’s story. They are not what I was expecting. It was a little surprising and maybe even a little disappointing. As I try to do spoiler-free reviews, I will leave their description at that so you can form your own opinion.

The story of Captain Marvel goes back to Stan Lee’s days writing comics at Marvel. There is a whole back-story to the name Captain Marvel that includes four different characters in four different publishers, including Marvel’s direct competition DC. The Stan Lee influenced Captain Marvel starts out as a Kree warrior sent to Earth to find their worthiness of defeating the Kree. Inadvertently, Captain Marvel becomes a hero to the Earth (USA) people. The original Captain Marvel eventually dies due to natural causes, but not before transferring power to an Earth woman. Carol Danvers becomes Ms. Marvel, and assumes the hero duties of the alien original.

The movie tosses that origin out. This may be the worst case of rebooting a character origin that has happened so far in a Marvel movie. There are some of the original elements. They are woven into a different story. Carol Danvers begins her story on Hala, the Kree home world. She is a freshly trained Kree warrior. She is assigned to a unit that is responsible for rescue mission. In the course of that mission, memories are unlocked. We are treated to glimpses of a life she does not remember. It is the life of someone she cannot identify with as a Kree warrior.

I will be fair to the vision of the writers. They did a good job of writing this origin story. I like how our hero begins as a hero. She is a soldier. She is strong willed and capable. She only becomes stronger in her identity as a hero throughout the entire movie. She isn’t as much a Peter Parker as she is Captain America. She is a hero in her heart and has the skills to prove it. She doesn’t need anyone to get her out of a bad situation. In fact, early in this movie, Brie Larson make this Captain Marvel mine when she took out an entire unit of Skrulls all by herself.

By the time the story returns to Earth, it is not an origin story of creation. It is a journey of discovery. The answers discovered along the way are at times surprising. The movement to the mantle of Captain Marvel is one of empowering the hero. It is also one of empowering women and girls. That is why I feel every girl be given the opportunity to see this movie. Wonder Woman was a great hero movie to watch for girls because they get to see a woman be the strongest hero on the screen. She has to become that hero through her experiences, though. Captain Marvel shows us that she doesn’t need to prove anything to anyone. She is a hero from beginning to end. Her choices are heroic. Her mistakes and errors are hers and she makes the effort to correct them in front of us.

I could go on about the little things that made this a fanboy movie, such as Nick Fury and Phil Coulson’s parts, the introduction of agents of S.H.I.E.L.D., and getting to see Monica Rambeau. All of those were little packets of joy for me. But there are two things I would like to address.

Stan Lee receives two tributes in this movie. The first is right at the beginning. The image of Stan is incorporated into the Marvel Studios logo in such a way that I almost wanted to cry right there. The second involves a true cameo of Stan prepping for one of his very first cameos with a nod in the right place.

The second thing that I want to address is the tribute to the United States Air Force. The USAF receives a big acknowledgment through this movie. Carol Danvers and Maria Rambeau are USAF officers who fly fighters. At the end of the movie there is an acknowledgment to all of the pilots who were part of the making of the movie. I wish their names had been a little bigger. I feel they were a large part of making the character real for us. That small print was compensated for by the memorial to a real pilot, one of the aerial acrobatic Thunderbirds, who died. That was another powerful moment, to honor one who truly was and is a hero.

In closing, this movie does tie into the Infinity story that is unfolding. We get to see how Fury receives the Marvel Pager. We also get a sneak peak into her incorporation into the current era.

Don’t listen to the hate around this movie. It stands on its own in some ways. It writes its own story. It makes a hero superheroic. And it builds upon an established story without damaging the space-time continuum. And if you are one of those who doesn’t think a woman can carry a superhero movie as the primary character, she doesn’t have to prove anything to you.