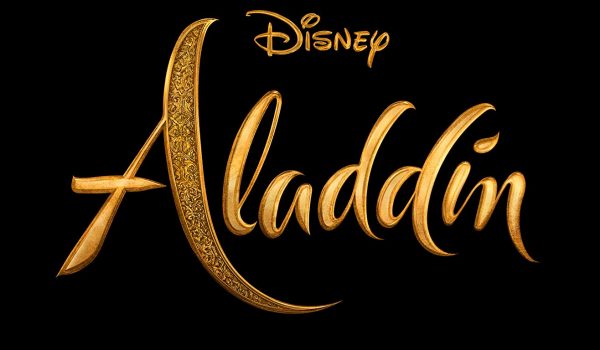 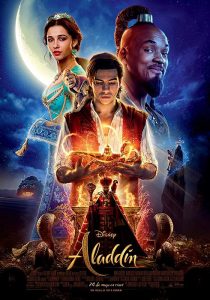 Disney’s latest adaptation of classic animated movies dips once again into the revival period. Disney’s Aladdin follows the adaptation of Beauty and the Beast by bringing the Arabian fantasy land of Agrabah to life with actors and next-generation computer-generated special effects. The overall impression of this movie is positive, there are some considerable issues in quality that are unavoidable.

My family is a musicals family. We enjoy Disney musicals most of all. Guy Ritchie does a good job of capturing the major movements of the animated movie. I felt that he may have been influenced by the stage production, though. This feels more like a theater musical at many points. The way the actors transition into songs and the closing curtain call are influenced by the stage and not film. This isn’t a negative quality. It is inconsistent with how it is executed.

Aladdin (Mena Massoud) awkwardly launches into Street Rat with no real transition from spoken lines into song. Jasmine’s (Naomi Scott) original song for this movie is radically different in genre and narrative tone. Will Smith (Genie) brings his acting skills to the role but isn’t as magical in his singing. Both Massoud and Scott are talented vocalists, but there are some obvious fumbles during songs. For a movie that is part of the height of Disney’s animated musicals, and for a movie that is influenced by stage musicals, the quality of this movie as a musical is sub-standard.

The story is the same that was portrayed in the animated feature. Ritchie and co-screenwriter John August are able to add some creative backstory to characters and giving the overall plot more life. By the time we reach the second act, we know more about the Sultan’s wife and how she related to the city of Agrabah. We are given a deeper understanding of Jafar’s motivations. Some of the little plot holes (like where does Prince Ali of Ababwa comes from) are filled in very nicely.

One of the additional story additions is the deepening of Jasmine’s place in the patriarchal, male-dominated setting. She is trying to break out of the tradition where women are seen, but not heard. The original song for the movie, Speechless, addresses this story development. In both Aladdin and Beauty and the Beast, the adaptations try to correct the imbalances of strong female characters that are still handicapped in their own stories. In both cases, there seem to steps in the right direction while not being able to carry through completely. Jasmine sings about being speechless in the face of cultural limitations. Yet she doesn’t have any real power at any point in the movie.

There are some technical features of this movie that bring the animated to “real life” in wonderful ways. Carpet is an adorable character in the original with a charismatic quality. Carpet retains a lot of that quality in the transition to a computer-generated character. Rajah is no longer a cute, cuddly companion, but is replaced with a realistic looking defender. And Aladdin’s partner in crime, Abu, is just as precocious and mischievous.

Where the technical seems to fail to retain the magic is in the magical scenes. At times Aladdin’s parkour moves are very flat. When Iago pursues the fleeing heroes to regain the lamp for Jafar, there are some poor effects related to the chase. These are not major issues. They do speak to the inconsistency of the execution of the film.

Overall, it is a fair adaptation of the original. Will Smith brings Genie into a different life with his own brand of quality and charm. Robin Williams can never be replaced. Smith never tries to replace or channel him, although there are attempts to imitate the lines. Massoud and Scott do very well in stepping into animated shoes of the familiar characters. If there is any injustice that is committed in this movie, it was that Will Smith was not allowed to own the music and bring it to life in his fashion. He does get a chance to mix Friend Like Me with DJ Khaled over the end credits. It would have been nice to see him do his own thing onscreen.

This is a more mature story, but it is familiar enough for kids to follow along. It has some beautiful scenes and action pieces. It is appropriate for all ages.