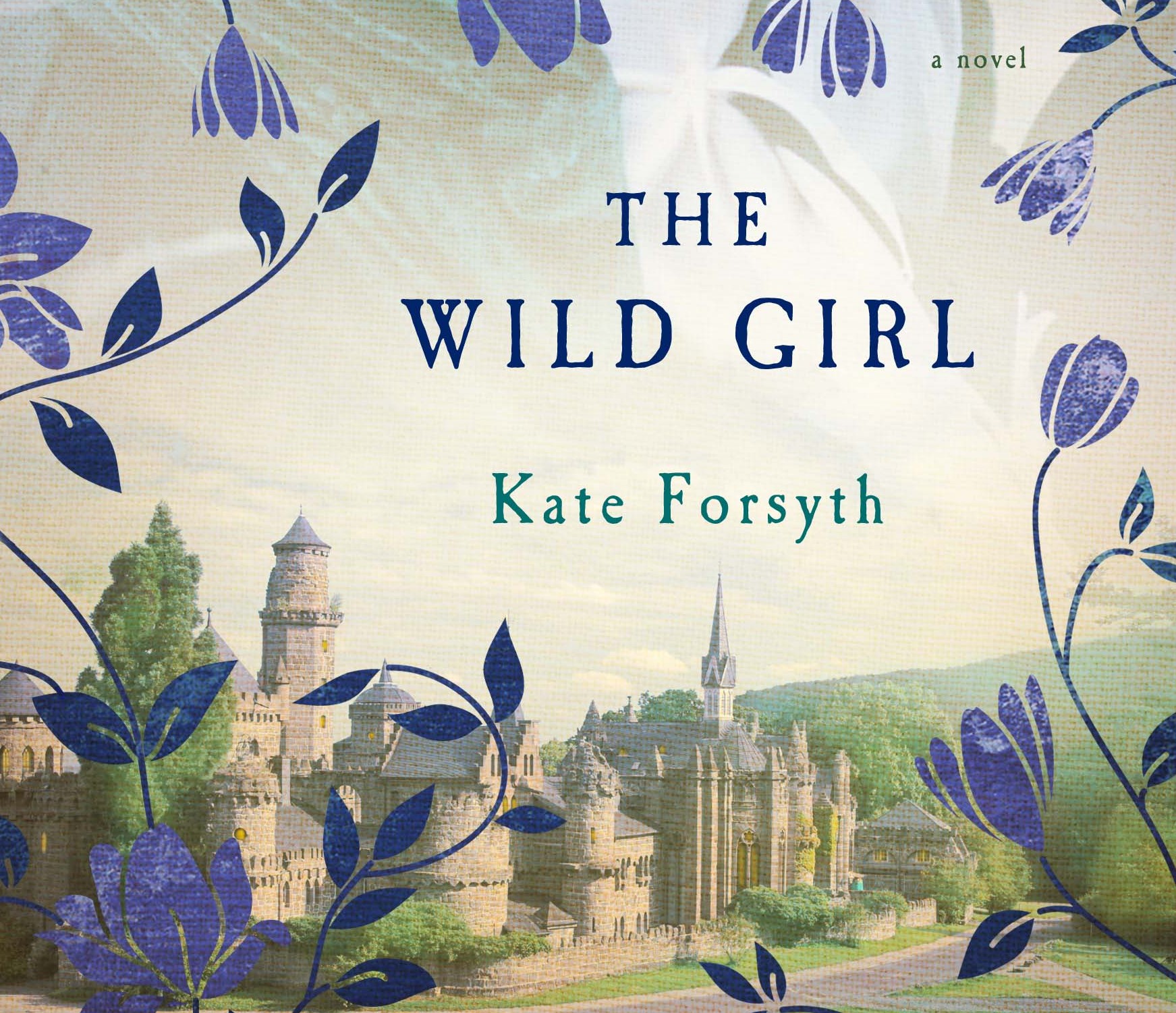 THE WILD GIRL tells one of the greatest untold love stories of all time – the heart-breaking romance between Wilhelm Grimm and the young woman who told him many of his most famous stories. Her name was Dortchen Wild, and she grew up next door to the Grimm family in Hessen-Cassel, a small German kingdom that was one of the first to fall to Napoleon. It was a time of war and tyranny and terror, when the collecting of a few old half-forgotten tales was all the young Grimm brothers could do to resist the oppressive rule of the French.

If you are like me and probably 90% of the world, fairy tales have become a topic on everyone’s mind. With the world growing up on Disney classics, becoming mildly obsessed with the ABC’s show Once Upon A Time, and the recent live action release of Cinderella, it is no wonder everyone is completely taken with these stories. Kate Forsyth is one of that 90%; a woman after my own heart who is completely and utterly enthralled with fairy tales. After reading her novel The Wild Girl, I have fallen more in love with these ancient tales. These old stories of superstition and magic, that were collected and written down by the Grimm brothers, have in turn become eternally immortalized. As a child the first stories I was ever told were from a book of Grimm’s Fairy Tales, as were probably many other children’s first stories. These stories created a wonder and awe inside me that began my love for reading and creating stories of my own. I am who I am because of these stories; stories that were passed down orally from mother to child for centuries and centuries. Stories that were finally written down by two brothers that decided they would not let this part of German history and tradition be lost during the Napoleonic invasion.

While the stories themselves have been given life and rebirth over and over again throughout history, it is any wonder why no one is asking more about what lies beyond the stories; about the young tellers and the dutiful writers, Jacob and Wilhelm Grimm. What their lives were like? How they lived? Who they loved? This is precisely what Forsyth dares to answer. Forsyth writes her beautiful historical fiction novel about the girl next door to the Grimm brothers; the girl that shared with them a handful of our favorite stories such as Rumpelstiltskin, Hansel and Gretel, and The Singing, Springing Lark (Beauty and the Beast). This girl, Dortchen Wild, helped to keep the old tales alive and shape the world as it is today. She was also entirely and helplessly in love with the boy next door, Wilhelm Grimm, and it was her love that fueled Wilhelm to pursue publishing his collection. Who better to tell the tale behind the stories then the girl that became enchanted by Wilhelm himself?

Through Forsyth’s tale of Dortchen’s life, a woman’s life during the 1800s, she definitely brings to light more of the darker moments. Moments that was not really spoken of in Jane Austen’s novels and probably for good reason. Nineteenth Century women dealt with the possibility of incest and rape, of bad marriages and spinsterhood. Where rights were given to slaves but not to women and their fates were decided upon by their fathers. Forsyth brings to light the deep injustices of women that are even in some ways still prevalent today. It is a wonder that a woman such as Dortchen and other young ladies of that time, whom were powerless, were able to become probably the most influential and most powerful women in history.

Even though she tells the Wild girl’s tale and what trials and tribulations she encounters, Forsyth is also telling the story of the Grimm’s. Through the Wild girl’s eyes, the reader can see what lives the Grimm’s led and what made them tick. For Wilhelm, that something was Dortchen. Their love is what created the immortality of these tales. Without their yearning to be together, to marry, Wilhelm never would have made a version of the tales for children; the version with illustrations from his younger brother Ludwig that quickly spread across the nation. This version is the bases for most of today’s fiction; fantasy or otherwise. It is beyond time that someone decided to tell Dortchen’s tale, to tell the Grimm’s tale. Without their story, these tales would have been lost.