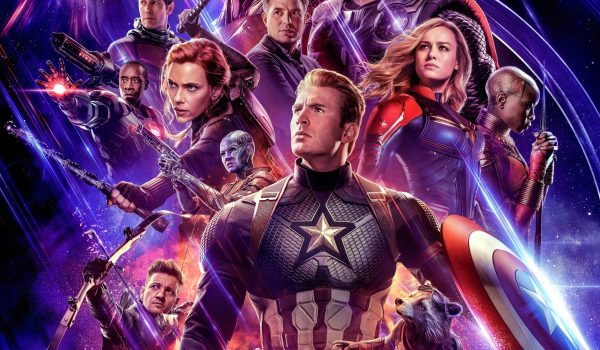 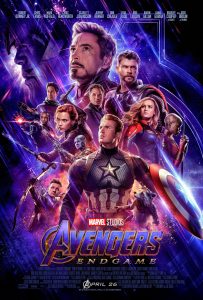 Quick review: This is the closing chapter of a decade of heroes and stories but it didn’t close the future. It was not the best Marvel movie made for a number of reasons. There is a lot of fan service but not enough to make it a good comic book movie. The power of this movie is in emotion, not action, and there are some powerful moments.

I will make every effort to keep the spoilers out of this review. That means you will be getting a lot more opinions about this movie than facts. You will need to make up your own minds (as it should be) on how this movie rates in quality.

Marvel Studios has been building to a climax of some sort. We weren’t sure what it was going to be 11 years ago. We got Iron Man and the Hulk (with a different actor in the lead roles) in the same year. There were hints that more would be coming. Captain America and Thor came to the screen and we had the foundational building blocks of a sweeping crossover franchise. What started out as a toss away scene at the end of Iron Man gave us the journey to the forming of the Avengers. At the end of Avengers, we were given the journey to the climax: Thanos.

When Avengers: Infinity War and Endgame were promoted as a two-part conclusion to this chapter of what we have come to know as the Marvel Universe, there was a lot of potential for a great display of Marvel lore. Infinity War captured the best features of a crossover comic event that Marvel became famous for beginning with the Secret Wars multi-issue event. We got to see heroes facing individual villains. Then we got to see two teams of heroes fighting against the biggest bad guy they had ever faced. The end of Infinity War was a traumatic event for the heroes as well as some audience members.

Avengers: Endgame is the second part of that story. It opens with events immediately at the end of Infinity War. We see heroes coping with the loss of loved ones. We also get a hint that the entire universe is dealing with the trauma. That is one of the weakest parts of the story: it doesn’t feel like a cosmic event. If it weren’t for Captain Marvel’s reports, we would never get beyond upstate New York and the Avengers compound where our heroes retreat.

Fast forward 5 years. The world is trying to cope with something that can’t be completely understood. What we see is that human beings are horrible at moving on from the tragedy. And heroes are powerless to deal with their own grief and trauma. This is where the powerful scenes come in. The Russo brothers are able to capture the emotional weight of the consequences of the events at the end of Infinity War. We see it in how the remaining Avengers deal with life after the snap.

If this movie were only about moving on with life after loss, it would be an amazing movie. It isn’t, though. This is a comic book movie. And there has to be action. We all know that the last battle has to happen. Thanos is still alive. His “retirement” at the end of Infinity War should only make it easier to find him when the heroes seek justice. More importantly, though, there has to be a way to restore what was lost.

That becomes the plot goal of this movie. It becomes a heist movie. Without giving too much away, we are treated to some of the signature moments in the Marvel cinematic history as our heroes find a way to go back through the years to find the solution to restoring the life they desire. There are consequences. There are shenanigans. There are reunions. There are also some seriously difficult plot holes that develop. There are things that become difficult to work around. Eventually, the heroes find a way to undo what has been done. The question is, can those who remain pull that challenge off?

I think this is where the movie falls off track. So much has been done to build up the loss, grief, and malaise of the survivors that when we are given the chance to see hope restored, it just doesn’t feel big enough to undo it all. When we get to see the final battle, what unfolds is a muddy mess of action scenes poorly shot and roughly inserted lines to justify paying for the actors to be in the movie. I left this movie most disappointed at the end battle. It just didn’t provide the payoff that 11 years was moving toward.

That isn’t to say we, the fans, don’t get individual rewards. There are many scenes throughout the movie that provide fans with the little glimmers of joy that Marvel has been delivering for us. I think this is Robert Downey, Junior’s strongest performance. He hits every scene with everything he has as an actor. I think that we get to see Chris Hemsworth for more than just a pretty face with a powerful body. Scarlett Johansson is allowed to stand out among the cast. The best feature of the movie is the quality of the acting. I just wish they had been given a better story to work with. I didn’t feel that the story didn’t return on the investment of all of the history and previous movies.

In the end, there are some lovely tributes to what Marvel has accomplished. When all of this began, no one was certain that a comic book movie could be good. No one was sure that you could bring the numbers in to justify a long-arc plan of movies. Marvel was able to create characters we love. They were able to prove that crowds would stay invested over the long track of movies. While this individual film isn’t what it could be, it closes this chapter of the Avengers. It also prepares us for what could come.