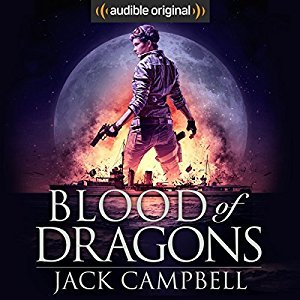 Twenty years after the war that overthrew the Great Guilds, the Empire is vowing to avenge the massive defeat of the Imperial legions at Dorcastle. Aiding the Imperials are renegade Mechanics and Mages still loyal to the old Guilds or employed by the Empire.

But before they can launch an all-out war, the Imperials must eliminate a major threat: Kira, daughter of Master Mechanic Mari and Master of Mages Alain. Kidnapped and imprisoned, Kira has to escape and avoid recapture as the full might of the Empire is aimed at her. Her only hope lies in the skills she has mastered; her indomitable spirit; and the unfailing aid of Jason, her boyfriend from the distant world of Urth.

With the Imperial legions closing in and thousands of lives riding on her efforts, Kira has to use every weapon available to her, including special abilities she has kept secret until now – abilities that may prove to be as dangerous as the enemy forces. Mari and Alain must come to Kira’s aid and work to create an alliance against the Empire.

If they fail, a deadlier new war will erupt, with every soldier carrying a rifle instead of a sword or crossbow – and the Peace of the Daughter will end in a bloodbath.

Blood of Dragons (The Legacy of Dragons #2) by Jack Campbell was a fun and action packed adventure that I was unable to stop listening to once I had started. I’ve been a fan of Jack Campbell’s ever since I first stumbled across his Pillars of Reality series a few years ago so I’m always pretty excited whenever I see a new book release set on the world of Dematr. Steampunk and fantasy are probably two of my most favorite genres so it’s always fun to read a book that mashes them together in interesting ways.

I think my favorite things about this book and probably the rest of the books set on Dematr would have to be the amazing characters that Jack Campbell populates the story with. I loved Mari and Alain in the original series but I think I’ve come to enjoy reading about the adventures of Kira and Jason and their adventures even more. With Kira I think the author managed to do a fantastic job showing what it’s like growing up in the shadows of ones parents and how that reflected in every choice Kira made throughout the book.

I really enjoyed watching Kira and Jason grow as characters and as friends throughout the story, as well as watching Kira finally start to attempt to use her Mage abilities over the course of the story. There were some interesting hints and revelations about Kira’s Mage abilities dropped in this book and I can’t wait for the next book to see just how they are going to affect the story moving forward. I was also glad to see Alain and Mari getting important scenes as the badass Mechanic and Mage that they are instead of just appearing as parents concerned for their daughter.

My main complaint would be that Blood of Dragons feels like a YA romance novel in the weirdest of places. I don’t think discussing your feelings for each other in the middle of a gun fight or while you’re fleeing for your life down the side of a mountain is a good thing and the whole romance felt a bit shoehorned in at times.

One of the biggest things Blood of Dragons has going for it is the fact that MacLeod Andrews is its narrator. I think there are a lot of amazing narrators out there but MacLeod Andrews is one of my favorites. He manages to give every  character their own unique voice and manages to pack so much emotion into everything he reads that you can practically feel everything that the characters do. Sometimes I think even the worst books are worth listening to just because of his narration alone.

I think this is a book that anyone could enjoy and would have no problem recommending it to friends and family, but I would definitely recommend that anyone who hasn’t done so read the Pillars of Reality series first and then jump into the Legacy of the Dragon books. You could enjoy the Legacy of the Dragon series on it’s own but it’s definitely better if read in the proper order!