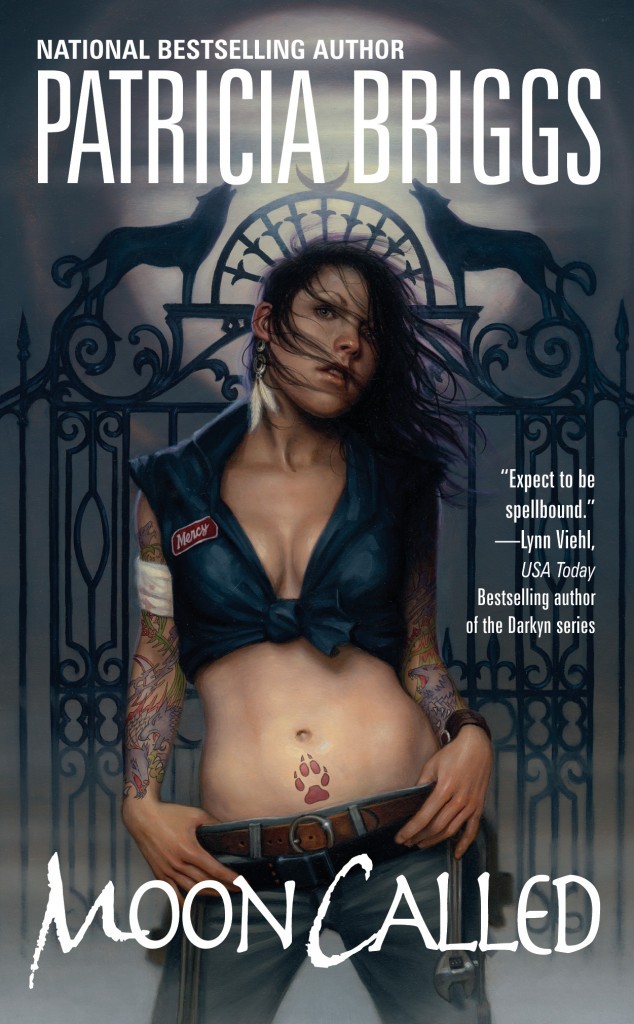 Mercedes “Mercy” Thompson is a talented Volkswagen mechanic living in the Tri-Cities area of Washington. She also happens to be a walker, a magical being with the power to shift into a coyote at will. Mercy’s next-door neighbor is a werewolf. Her former boss is a gremlin. And she’s fixing a bus for a vampire. This is the world of Mercy Thompson, one that looks a lot like ours but is populated by those things that go bump in the night. And Mercy’s connection to those things is about to get her into some serious hot water…

I remember picking this book up for the first time at the used book store near my house back when I was in the middle of an urban fantasy kick — as I am right now, mainly because it was just sitting near the Dresden Files book shelf. It then proceeded to sit on my book shelf at home for two long years before I finally remembered I had it and decided to give it a try. I have been kicking myself since that day for waiting so long to read this book, Patricia Briggs has turned into one of my favorite urban fantasy authors, second only to Jim Butcher and his Dresden Files.

In a genre full of wizards, werewolves and vampires it’s always nice to see a main character who stands out from the pack, and Mercedes Thompson does just that. Mercy isn’t just the best Volkswagen mechanic in the entire state of Washington, she’s also a Native American being known as a walker — a shape shifter with the ability to turn into a coyote at will. When her werewolf neighbor Adam is attacked and his daughter Jesse is abducted it is up to Mercy to everything at her disposal to help Adam save his daughter before it is too late.

There are just so many things that I love about this book that I have trouble even talking about it sometimes without spewing my fanboy all over people. For a protagonist Mercy is pretty bad-ass, in a world of werewolves, vampires, powerful Fae creatures and a government determined to control them all you wouldn’t think one little coyote would be able to hold her ground, but she does. It’s also always fun to read some urban fantasy where all the preternatural elements aren’t hidden from the world, but out there for everyone to see, it adds a really interesting element to the story.

With the Mercy Thompson books Patricia Briggs has managed to take all of my favorite tropes from the genre and twist them into something completely her own. A feat that is not easy to do considering just how many books that are out there nowadays, it gets more impressive the more I think about it.

I can’t count the number of times I have read and reread Moon Called, it is from one of those series that I always seem to be in the middle of a reread of. I would definetly give this book 6 out of 5 stars and would suggest anyone looking for some great urban fantasy with a kick-ass heroine pick up this book.