While not a new issue, climate change and its effects on our world have become hot topics of discussion and debate in recent years. It’s been a trend reflected in our media and literature, from Make Room! Make Room! published in the early 1970s to contemporary trilogies such as The Hunger Games and Divergent. In particular, young adult dystopian literature has taken to describing the adverse effects of climate change as a main cause of their environmental and political failures. This, in turn, created a subgenre dubbed “cli-fi,” or climate change fiction. While many of these stories are post-apocalyptic in nature, there are also those that describe the early consequences of our abuse of and disregard for our planet’s natural resources. The following list provides a look at some of the best to arrive this century. 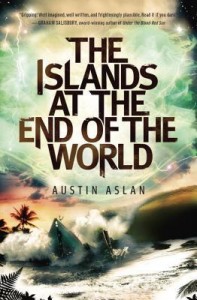 The Islands at the End of the World by Austin Aslan

Off to paradise in this novel, taking place on the Hawaiian Islands and narrated by protagonist Leilani, a 16-year old girl with epilepsy who also struggles with her status as a “half-breed” among native Hawaiians. Leilani and her non-Hawaiian father are away from home on a neighboring island when the power goes out worldwide after only hints of global weather catastrophes. They fight desperately to return home in the face of increasing hostility, prejudice, and savagery as people begin to realize they are cut off from the rest of the world.

The Carbon Diaries by Saci Lloyd

Set in the then-future year of 2015, the UK implements “carbon dioxide rationing” as a response to worldwide weather catastrophes caused by man-made climate change. Each person is allowed a certain amount of carbon points for things such as heat in the winter or use of a personal vehicle. According to Alberta Energy, aout 6,500 million metric tons of greenhouse gases are emitted yearly in the United States alone – proving the concept in The Carbon Diaries doesn’t seem so farfetched. While not explicitly offering a solution to the crisis, the message is clear: either find ways to reverse some of the damage done or face a future in an increasingly hostile natural environment.

This one is fully post-apocalyptic, with a setting reminiscent of a Mad Max movie or of The Scorch Trials, complete with an assumed similar cause to that of the devastation in The Maze Runner series. Protagonist 18-year old Saba lives with what’s left of her family until her twin brother is kidnapped. The remainder of the novel follows Saba’s quest to rescue him and allows us to see her develop into a fierce and independent warrior and revolutionary as she faces threats from both the environment and other people seeking to control the little remaining resources.

In a world with no trees and no naturally occurring oxygen, after something called “The Switch,” in which most of humanity perished, survivors live inside glass domes and are provided manufactured air for a price. This story follows three teenagers from different social circumstances who question the authorities in charge of the domes and risk everything to find out if the environment outside can be saved or if there truly is no more air. 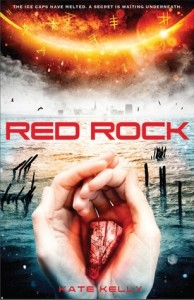 14-year old protagonist, Danni, lives in a near-future world of melted polar ice caps, drowned coastal areas, and flooded inner cities. Danni lives in Greenland with her aunt and uncle until the former is assassinated and the latter is taken hostage, apparently because of a mysterious red rock entrusted to Danni by her dying aunt. According to NASA, sea levels have risen twice as much in the last decade alone as in the entire century before it – making the premise in this novel not so far-fetched or futuristic.

Like other works before them, these novels offer important messages within their guise as fictional entertainment. The messages are clear. If we don’t stop depleting our planet’s natural resources and disregarding the damage from climate change, these works of fiction may very well predict our future reality.