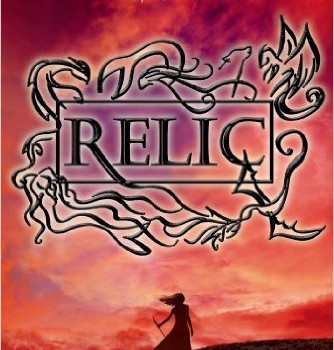 Moon John motioned to the table. “Try. Most can create at least a spark their first time.”
I curled my fingers around the relic. That darn antsy feeling made it hard to focus, but as I did, a faint glow, like a whispered roar, pierced the dull hum. The sound sent chills up my neck. I squeezed my eyes shut.
And the next thing I knew, and exploding burst filled the room.

In 2014, I attended LTUE (Life, the Universe, and Everything), and I heard Renee Collins talking about Relic, which had been released a few months earlier. It seemed interesting, so it went on my “To Be Read” list. Now, my TBR list is only slightly smaller than the lost Library of Alexandria, so anything that goes there can remain for a long time before I actually get to it. Here we are, a year and a half later, and all I can say is that I wish I’d gotten to this sooner.

Relic is an alternate history set in an old west mining town, except that the most valuable objects produced from this particular mine tends to be mermaid bones. In the world of Relic, mystical creatures have existed, but they are all long dead. Their fossilized remains, knows as relics, can be used to access the power these creatures once had. Cowboys use dragon bone guns to shoot fireballs. Fairy dust is used by the rich and powerful to host balls where people dance across the air. Unicorn horns can heal almost any injury.

After the destruction of her town, Maggie Davis goes to the town of Burning Mesa, desperate to find work so that she can support her little sister. In spite of initially being turned away, she discovers an unusual talent for working with the magical items, and gets taken in by a wealthy patron. In doing so, she gets tied up in tangle of plots and lies. Unsure of what exactly her patron wants from her, she begins to harbor feelings for a cowboy in his employ. Meanwhile, other nearby towns are the target of raids. All evidences points to it being caused by the same people who burned her town. Everyone is ready to blame the Apache, who view the use of relics as an affront, for the attacks, but Maggie isn’t so sure.

Relic is a fun story that takes the reader back to the old west. The language really drew me in and immersed me in the world created by the book. Renee Collins keeps you guess about what’s really going on and makes you wonder who is really the good guy, or if there are any of those at all. It all leads to an exciting conclusion where you never know exactly what is going to happen.