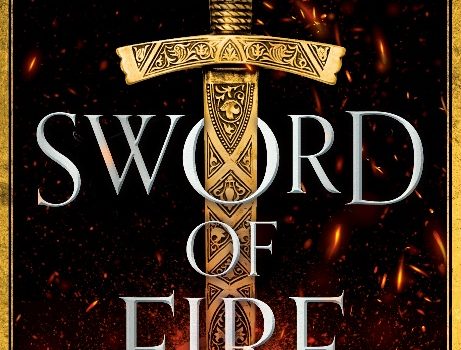 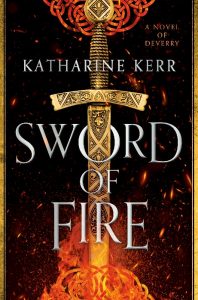 This first novel of an epic fantasy trilogy reintroduces readers to the beloved and bestselling world of Deverry, blending magic, politics, and adventure in an unforgettable setting.

The bards are the people’s voice–and their sword.

All over the kingdom of Deverry, the common people are demanding reform of the corrupt law courts. In Aberwyn, the situation catches fire when Gwerbret Ladoic, second in authority only to the High King, allows a bard to starve to death rather than hear their grievances.

Guildwoman Alyssa, a student at the local scholars’ collegium, and Lady Dovina, the gwerbret’s own daughter, know that evidence exists to overthrow the so-called traditional legal system, if they can only get it into the right hands. The powerful lords will kill anyone who threatens their privileges.

To retrieve the proof, Alyssa must make a dangerous journey that will either change her life forever–or end it.

It’s been over 10 years since The Silver Mage came out so I had honestly thought that the Deverry series was finished. I was so excited to find out that isn’t the case and that we are getting a whole new act with the first book releasing tomorrow! I’ll have a review up sometime in the next 24 hours, but trust me now when I say it was as amazing as you can expect a Deverry book to be and go out and buy it when it releases.

Katharine Kerr was also generous enough to take the time out of her busy schedule to answer a few questions for us about the book and series, check it out below!

A Brief Interview With Katharine Kerr

Thank you so much for taking the time to answer some questions for us! We are all fans of yours here at the Arched Doorway and were all pretty excited to find out a new Deverry book was releasing next year.

Can you tell us something about yourself or your books that your readers might not know yet?

For the last 8 years I have been caring for my husband, who recently died of advanced Alzheimer’s dementia.  We had been married for 46 years.

I thought so, too.  I had always planned that the last book would circle around to the first one in some way.  So, Aderyn being reborn harks back to the opening of DAGGERSPELL. More directly, the “flashback” in SILVER MAGE shows the first Gauls to arrive in Annwn and how this arrival affected the peoples already there.

Not long after MAGE came out, a very good friend of mine, Alis Rasmussen (who writes under the name of Kate Elliott) asked me to write a “Deverry Regency Romance”.  I sketched out an idea for what became SWORD OF FIRE – but my husband’s tragedy then took over my life. Hence the long delay. Once I began working on what I thought would be a short and simple book, the story spawned all sorts of complications and interesting ideas – as the Deverry books always have.

Can you give us any insights into what this trilogy is going to be about and if we can expect to see any reincarnations we might recognize, or will this follow mostly new characters?

Well, in some ways the first book is that Regency Romance – there is a regent, and not one but two love affairs, including an arranged marriage.  Other than that, of course, it doesn’t follow the formula for that subclass of genre Romance. It is at the core about the search for justice. The common people, aided by a few of the more enlightened younger nobles, are rising up in protest over the corrupt law court system.  The high king’s regent sees this as a chance to break the power of the gwerbretion, that class of nobles who want to rule their territories as if they were kings themselves. Peaceful change is not the Deverrian way.

As for the characters, the major actors are new characters, but some of the people from the main sequence do appear reborn – either as cameos or, for example, the Regent himself and the mysterious dweomermaster Hild, as important characters. A few of the Westfolk are still alive after the 300 years or so since SILVER MAGE ended. And the dragons will reappear in the second book.

And, in answer to some of the usual complaints about fantasy epics, the technology has indeed changed.  Still no guns, however.

I recently finished Sword of Fire and found it to be a fantastic addition to the Deverry Cycle, and I’m looking forward to the rest of the books in the trilogy. Did you write this book or trilogy as a way for new readers to jump into the Deverry Cycle, or would it be better to have at least some knowledge of the series before starting?

I’m hoping it works either way.  ☺  Seriously, I never start writing with a motive so clear and conscious in mind.  All of my books have taken the shape they have during the writing process. While I edit heavily once I have a full draft, I am very definitely what’s called a “seat of the pants” writer.  That’s one reason why the series as a whole is so long. I started writing it back in 1980 as a short story. I kept getting ideas as I wrote. The original “short story” is now the very last sequence in Book Six.

Do you think the publishing industry has changed much since when Daggerspell was published in 1986? It feels like fantasy is everywhere these days when it was seen as more of a niche market 30 years ago or for kids and not adults.

Yes, it certainly has.  For a lucky few it’s big business these days, thanks to the TV successes like George Martin’s “Fire and Ice” saga and of course JK Rowling’s “Harry Potter.” At times I wonder just what lies behind this demand for imaginary worlds and powers on the part of so many readers.  I suspect it’s the fear and anxiety that some parts and trends of our real world inspire – which is an ugly thought, I know. “Beam me up, Scotty” is still a relevant joke these days, though one that’s not very funny.

Everyone is so excited for the return to Deverry! Do you plan on revisiting any of your other worlds such as the Pinch setting?

If I live long enough and if Deverry will leave me alone.  I definitely want to finish the “Nola O’Grady” series. And SNARE should have a sequel one day, too.

Thanks again for taking the time out of what must be a busy schedule to answer some questions for us!

You’re very welcome!  Thank you for asking me!