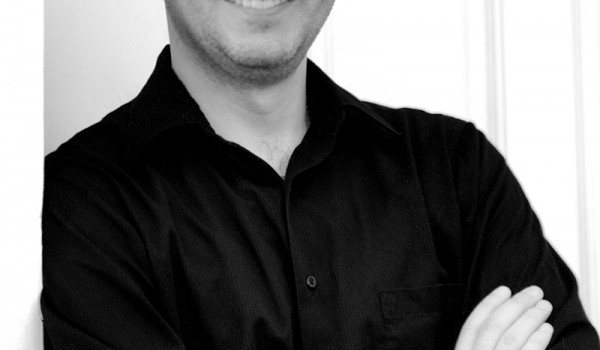 I did an email interview with author Dan Wells. I asked him about everything from his John Cleaver series to his upcoming novel Bluescreen. I hope you enjoy!

Gama Ray Martinez: You’re known for the John Cleaver books. In the newest book, The Devil’s Only Friend, you took the series in a different direction where instead of being attacked by demons in his hometown, John is now the hunter. Why did you decide to take the series there?

Dan Wells: Because I’d already told a bunch of stories about a boy fighting alone against lone monsters, and I wanted to do more. Honestly, it was thinking about the sorts of people I could force him to work with and try to get along with that made me want to write a new series. Even simple questions become fascinating: If you knew about John’s history, and you had to assign him a therapist, what gender therapist would you assign him? On the one hand, he has an endlessly adversarial relationship with every male role model who’s ever come into his life, and on the other hand, he’s got so much baggage with his mom that that could spill over and cause problems as well. But overall, the purpose of the new series is not to explore a new team so much as to explore new situations–book five, called Over Your Dead Body, will take John in a completely new direction again.

G: Next of Kin is a novella set between I Don’t Want to Kill You and The Devil’s Only Friend, but it’s different in that it’s told from a different perspective. Did you find it challenging to write from a perspective that wasn’t really human?

D: Not really, because John is already so removed from normal human thought patterns. Once I got my head around Elijah’s supernatural reality, both being and not being other people at the same time, the writing was pretty smooth.

G: Of all your novels, which was the most challenging and why?

D: Over Your Dead Body, the next John Cleaver book, was the hardest book I’ve ever written by a mile and a half. It was a new structure, and the plot was something I’d never tried before, and Brooke’s character was especially tricky to get right.

G: Your novella, The Butcher of Khardov, was up for a Hugo in 2014. It was something of an oddity in that it was a media tie in novel set in the Warmachine universe. Did you find any challenges in writing in a universe not your own?

D: SO MANY CHALLENGES. And I did it again last year, with a shared world anthology called “A Knight in the Silk Purse,” which was, if anything, even harder than the Butcher novella. But it’s a fun process, and I’m already working on a couple of new ideas, including a Warmachine series that I’ll be cowriting with my brother. And really, I wouldn’t say that writing a tie-in novel has more challenges than writing your own thing, it just has different ones.

G: You’ve said that you originally tried writing epic fantasy, but that didn’t work. Eventually, you found horror in the form of I Am Not a Serial Killer. Since then, you’ve branched out into post apocalyptic with the Partials series, and you have a cyberpunk coming up. As a more experienced writer, do you have any plans to go back and try epic fantasy again?

D: I definitely want to, and I’ve even got some cool ideas to try, but it will be a couple of years before I’ll even be able to start. At the very earliest I could have a fantasy in 2018, and that’s pushing it :)

G: You have an upcoming novel, Bluescreen. Tell us about that.

D: Bluescreen is the first of my new Mirador series, a cyberpunk thriller about a group of teenage girls in 2050 LA who play video games on the pro circuit. It’s a world where everyone has computers in their heads, and drones are taking over most of our jobs; the world is so connected that distance is almost meaningless, but at the same time it’s so scary that location and neighbors and friends can become the most important thing in the world. The first book shows the girls grappling with a gang war, a digital drug, and a city full of conspiracies and shifting loyalties. The main character is Marisa Carneseca, a brilliant programmer who knows just enough about hacking to get herself in a lot of trouble.

G: You, along with Brandon Sanderson, Mary Robinette Kowal, and Howard Taylor, are a podcaster on the Hugo Award-winning Writing Excuses. For the past two years, the podcasters have run a week long writing retreat in Chattanooga, Tennessee. This year, however, the retreat will be on a cruise ship. Why was that done and can you give us an idea of what attendees can expect?

D: The first year we did the retreat we were really worried that it would be a flop, and then it sold out in nine minutes. The second year it sold out in thirty seconds. It became obvious to us that our little space in Tennessee–which could hold about 25-30 people at most–was simply too small to handle the kind of demand we were looking at. So we started looking around at other spaces and other possibilities, and we talked to one of the people who organizes the steampunk cruise that Mary attends every year. We crunched all the numbers and realized that holding the cruise on a ship gave us not only more space, but more time with the attendees, because the cruise line would handle all of the administration and food for us–and we could do it without raising the price. I honestly don’t know what to expect this year, because it’s so new, but we’ll be doing our best to make sure the writers at the retreat get as much face-time as we can give them.