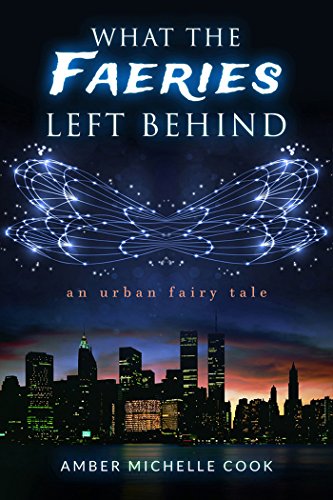 After coming home from a monotonous office job to the apartment where she lives alone, thirty-something Abigail Watson is having a tough day in a hard week in a rotten month, and don’t even get her started on the year. Until that night when something wonderfully impossible shows up at her door and rings the bell insistently.

You’re not supposed to answer the door late at night to strangers who come knocking unannounced, right?

Right. But Abigail does.

Because how can you be scared of someone with translucent wings like those of a dragonfly?

What the Faeries Left Behind is an urban fairy tale ‘antidote’ to those times when the dullness and drudgery of grown-up life seems inescapable, and to the misconception that wonder and play are just for children.

What the Faeries Left Behind is a short novella, coming in at a little over thirty pages. It’s a changeling fantasy, with Abigail being told she’s a changeling and gleefully leaving her boring life for Faerieland. We learn a bit about Faerieland, though we don’t actually see it in the novella, and run into the Slug, the novella’s main villain.

Being so short, there’s not much to say without giving away spoilers, but I will say that I liked the characters and that the writing style was casual and easy to read. It had nice themes throughout and a nice ending. It’s a story that demands a follow-up to answer questions left about the Slug, about what it was and what its motivation was.

What the Faeries Left Behind is one of those rare self-published stories that’s actually good quality, the same as you’d expect from a traditional publisher. Cook worked on it for many years, and had it beta-read and edited, before she sent it for publishing, and it shows through in the quality of the storytelling. It’s a good read and worth picking up.