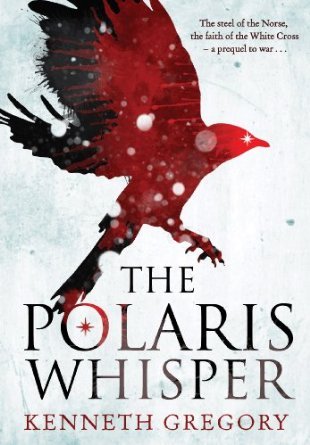 It is a dark time. For decades Hakon the Black, the most feared Norse Lord of the ninth century, has conducted bloody and gruesome raids throughout Europe, and laid his claim upon the seas. But it is also a time of hope.

In the frozen wastelands of the north, Vidar searches for the Vestibule of Light. Alone, freezing and exhausted, he pushes on through the endless winter in the belief that once his quest is complete, he may return to the life he has left behind, and to Niclaus, the son he was forced to abandon. For Niclaus has a greater destiny – one foretold by Cado, the enigmatic Small Walker – and Vidar is but one player in the boy’s life. Cado has enlisted the help of protectors from all corners of the Earth to shield Niclaus: men whose worlds are connected by only the loosest of threads.

But as Niclaus becomes older, and the various worlds begin to converge, will Vidar and Cado have to make sacrifices beyond imagining to protect those they love.

You open the book up to the first chapter and you are greeted by a man of many secrets, his name is Vidar. Vidar is a man with a shadowed past. He has a father that he dare not mention, a son that can not know the truth, and a journey that only he can fulfill.

Orrin is the son of the town leader and the brother of Nicalus. He is also destined to follow in the footsteps of his father and achieve greatness. I don’t see any issue there.

Alright now that the introductions are out of the way, it’s time for my thoughts on the book. I loved it, the book had action and it kept me thinking. (always a good thing in my opinion). The characters were likeable enough for the most part, that being said I really wanted to strangle a few of them at times, but that’s a good thing.

The book was not the easiest to follow at first. To be completely honest, I was lost in the beginning. After a few chapters though it clicked and I was hooked. I couldn’t put the book down. The way all the plot lines ended up coming together through time was brilliant. There is one major issue with it though: there should be more of it. I just finished the book and I’m already impatient for the next one to come out.

We received a free copy from the publisher in exchange for an honest review.